Final Settlement Prices of contracts expired on May 20, 2014 are given below:

For the period under consideration, total edible oil imports fell 5.4% to 4.25 million tons as against 4.49 million tons in the corresponding period of last year, SEA data showed.

For the period under consideration, total edible oil imports fell 5.4% to 4.25 million tons as against 4.49 million tons in the corresponding period of last year, SEA data showed.

For this year, soybean oil production is likely to be lower by around 8% as per COOIT’s estimate. “We believe this would lead to more imports as consumption is steadily growing. For the rest of the period, we expect imports to be around 1 MMT, taking marketing year imports to 1.5 MMT”, Mr. Raju Choksi, Vice-President (Agri-Commodities), Anil Nutrients Ltd. said.

Mr. Choksi said another reason for rise in imports of soybean oil is rise in palm oil prices, which contributes to more than 70% of total edible oil imports in the country. “Since last month, the spread between palm oil and soybean oil has gone down significantly, thereby encouraging soybean oil imports over palm oil” , Mr. Choksi added.

According to rabi estimate of COOIT (Central Organization for Oil Industry & Trade) for 2013-14 season, 89.8 MT of soybean will be available for crushing as compared to 97 MT that was available last year. As per second advance estimates of Government, soybean production this year is estimated at 12.45 million tonnes against 14.67 million tonnes in 2012-13.

Market update
Soybean futures are on the run for the past three months due to lower availability of the oilseed along with strength in overseas markets. Concerns of emergence of El-Nino for the 2014 monsoon season and shortage of seeds for kharif 2014 sowing has added further fuel to the already rising prices, Angel Commodities said.

Soy meal exports have declined in the marketing year 2013-14. According to SEA, Soy meal exports declined 19% to 2.78 mn tn y-o-y due to lower availability for crushing as well as poor demand due to unattractive Indian price quotes for the foreign buyers.

CBOT Soybean Futures corrected from higher levels on profit taking coupled with improving planting weather in the US Midwest and settled 1.01% lower on Monday. Prices gained last week on tight supplies coupled with export demand and higher crushing. According to NOPA, soybean crushing in March was reported at 153.840 mn
bushels, above expectations of 146.1 mn bushels.

At NCDEX, 487 members (2,166 Users) participated in trading on March 14, 2012 up to 5:00 pm and volumes were Rs 125,261 crore (one-way). There were more than 7,493 trades put through by them. Active trades were high in among others Soya Oil, Rape Mustard Seed, Chana, Soyabean and Pepper.  Indian oilseeds and soyoil futures rose on Tuesday in line with a rally in overseas markets, an improvement in export demand for soymeal and as arrivals of rapeseed in the local spot markets were lower than expected. India’s rapeseed output is expected to fall.

Chilli futures rose on Friday on fresh buying by the traders due to limited stocks in the spot market.

At NCDEX Chilli August contract is now trading at Rs.9158 per quintal, higher by 2.60% or Rs.232 against the previous close.

Weak monsoon in A.P is having an impact on the Chilli sowing, till now sowing has been done in 0.14 Lakh Ha vis-à-vis 0.25 Lakh Ha previous year. 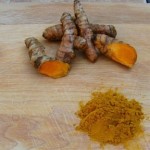 Turmeric futures tumbled today on the back of sluggish demand from the physicalmarkets amid higher stocks.

At NCDEX Turmeric August contract is now trading at Rs.6288 per quintal, higher by Rs.234 or 3.59% against the previous close. In the morning session the contract traded at a range of Rs.6262-6452 per quintal. Open interest of the contract is 7005 lots as of now.

Low demand and reports of higher production and stocks in mandis are likely to pressurize the prices to some extent. There are expectations however of demand rising in coming weeks that could support the falling prices.

Sowing has started in the growing areas in Andhra Pradesh and the progress is reportedly satisfactory. Good Monsoon progress is also reportedly keeping the sowing activities proper. The area sown would however depend on the market rates and if the falling trend continues, traders expect the sowing area may fall as farmers may shift to other lucrative crops like cotton, soybean etc.

Do not fall prey to market rumors.

Go through all Rules, Bye Laws, Regulations Circulars and directives issued by NCDEX.

Do not trade on any product without knowing the risk and rewards associated with it.

Study historical and seasonal price movements of the commodity that you wish to deal in the futures market.

Do not deal based on Bull/Bear run of commodity markets sentiments.

Do not deal with unregistered intermediaries even if their charges are lower and/or margins are lesser.

For more Do’s and Don’ts in the NCDEX Commodity Futures Market please visit the NCDEX website.

Traders may not benefit from Wheat Export

AHMEDABAD: The government move to lift the fouryear-old ban on wheat export is unlikely to make a major impact on domestic prices as Indian prices are not at parity with global prices. Traders feel that the best parity in export of wheat will come for Rajkot traders where the prices are ruling at Rs 1,100 to Rs 1,110 at mill delivery.

“Traders in Kota and Indore are also expected to benefit as distance from these markets to Kandla port will be less. However, for traders in Uttar Pradesh’s wheat growing belt of Bareilly and Shahjahanpur, it will not be at parity owing to increased wheat prices at Rs 1,200 to Rs 1,220 per quintal excluding transportation cost,” said a Mumbaibased market trader who added that major destinations would include South Africa , Dubai and SAARC countries.

Narendra Thakkar, a grain trader from Nadiad in central Gujarat, said the prices were stable and were unlikely to increase as there was a bumper stock in the state. On the NCDEX, spot price of wheat in Rajkot was firm at Rs 1,124.15 a quintal, in Delhi it was Rs 1,193 and in Karnal it was Rs 1,333.45. On Saturday at the NCDEX, wheat future for delivery in July strengthened by 1.34% to Rs 1,183 per quintal with an open interest of 13,980 lots.

The wheat new for delivery in August weakened by 1.31% to Rs 1,208 per quintal with an open interest of 34,560 lots. India imposed the ban on wheat exports in 2007 to stabilise domestic prices and contain food inflation in the country. In 2010 wheat production touched 82.4 million tonne and rice production at 95 million tonne.

As on June 1, the country’s stock of wheat and rice stood at 65.4 million tonne and 37.8m million tonne respectively, according to the Ministry of Consumer Affairs, Food and Public Distribution. Domestic prices are stable and there is no excitement of export as international prices are weak, said Narendra Gupta, owner of LNG Agri Commodity in Delhi’s Naya Bazar market.