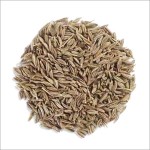 MUMBAI (Commodity Online): Jeera futures gained for the third consecutive trading session Lead by strong demand against the reduced arrivals. Arrivals in the domestic market have started to decline gradually due to ending season.

As per market sources, the total production of jeera in the current season is likely to be around 21 lakh bags (1 bag = 60 kgs) against 28 lakh bags reported last year. This was mainly due to sharp decline in sowing acreage of jeera crop in Gujarat.

Pepper settles down on profit taking

Pepper futures for the June contract on NCDEX extended the decline with futures dropping by Rs 900 or around 3% per 100 kg to Rs 29401 in the afternoon trading session. The open interest dipped by 19.56% to 5208 tonnes and the volume traded as of now stood at 4,217 tonnes.

Weak export demand, stable spot market and strong supplies from Vietnam added bearish cues in the Indian pepper market. Ample supply from Vietnam is there in the global markets while harvesting just started in Indonesia.

The Information and Statistics Centre under Ministry of Agriculture and Rural Development, Vietnam released the targeted pepper export turnover this year of over $766 million, increasing by 1.48 times against the prediction in April thanks to surging trend in export volume and export price in recent times.

As per the latest updates from the General Statistics Office of Vietnam, Vietnam exported nearly 56,000 tonnes of pepper valued $297 million during the period of January to May 2011. Exports are down by 5.60% in volume terms meanwhile in value terms surged by 61.20% over the same period last year.

Prices of sugar free potato were down in Delhi on steady to weak demand these days.

“Potato is expected to remain weak in short run as selling activity is running on less than regular demand in spot market. Technically selling is expected to continue in potato in futures also,” said Anil Patadia, commodity analyst with Commodity Online.

Potato June contract opened at Rs. 522.2 on MCX per quintal. It traded weak hitting lower limit of 4% during trading session on selling sentiments.

“One can sell Potato June contract near 500 for short term profit, while long term investors should wait till 450 for fresh buying,” Patadia added.

Experts said the reduction in transaction fee for members trading at the NCDEX platform would encourage business volumes in non-agricultural items like bullion, crude oil and metals.

NCDEX has been trying to reduce transaction charges on its platform since the time its rival MCX had cut the fee in October, 2009. 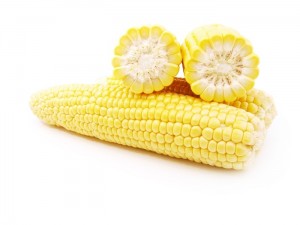 Fresh buying support has buoyed Maize futures today, making the commodity extend its gains after a smart up move in the last week. 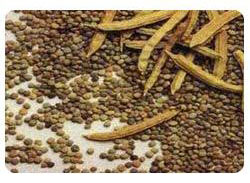 Prices are expected to remain strong on positive sentiments for short run. June contract is expected to take support near 3240.

Guar gum June contract traded almost up by 1.6%. There is still space of 200 points at upside in Guar gum. Unseasonal rain in last October-December affected the yield of pepper vines and is likely to slash output this year, industry officials said. Good demand from US and EU countries are likely to push the prices in near term. According to sources, Brazil crop is expected to be down this year with around 10% drop in Lampong crop.

Castor Seed shows mixed sentiments in today’s trading session as Castor Seed prices at NCDEX, May contract has given an opening at 4995 per quintal and after making intraday high of 5015 it started trading down side and made an intraday low at 4970 and still expected to trade down side.

Slackness in demand and ample supply in physical markets likely to Support bearish trend of Castor Seed in near term.

Technically, 14 days RSI on daily chart currently indicates at 47.00 shows that it may go down in near future.14 days RSI on weekly chart currently indicates at 56.00 also suggest that it likely to go down in near future. Castor Seed prices at NCDEX, May contract has crucial support at 4850 and it likely to test it in near term.

Risky Traders can sell NCDEX, May contract for target of 4850 in short term. Intraday traders can look for the opportunity to sell at higher levels.

NCDEX May soybean futures ended higher on Tuesday due to short covering after continuous fall in the last 4-5 trading sessions. There is market talk that the India can get soy meal export order from China and firm soybean futures of soybean at CBOT provided support to the bulls.

Weekly export inspections report released on April 18, 2011, which is reached 14.2 million bushels, it was lower than expected. Cumulative exports have reached 84.6% of the USDA forecast for the season as compared with 80.9% as the 5-year average for this time of the year.

Arrivals in major mandis of Rajasthan were 5.20 lakh bags and throughout India were 6.75 lakh bags.

NCDEX May refined soy oil futures surged sharply on account of short covering after continuous fall in the last 4-5 trading sessions and some fresh buying was witnessed at lower levels in anticipation of higher prices in coming days.

In the first five months of the current oil year (November 2010- October 2011), however, total imports averaged a total decline of 16.5 per cent to 3.13 million tonnes, as compared to 3.75 million tonnes in the corresponding period of the previous year.

As per SGS (a cargo surveyor), Malaysia’s palm oil exports in the month of March rose 2.3 percent to 1.12 million tonnes as compared to the last month (February).

Soybean prices are expected to trade slightly higher in anticipation of better export order of soy meal from china and firm overseas market.

Reuters reported that India’s copper futures are likely to extend last week’s gains due to a rise in the overseas markets and as the Indian rupee was trading weak.

Copper prices firmed slightly in both London and Shanghai markets while London tin hit a record high for a second consecutive session supported by a weak dollar.

The most active copper for April delivery MCCc1 on India’s Multi Commodity Exchange last closed 0.72% higher at INR 443.15 per kilogram. The partially convertible rupee was trading at 44.15 per dollar in early trades against Friday’s close of 44.07 to 44.08 per dollar.

India’s gold futures are likely to nudge higher on the weak rupee and following gains in the overseas market that hit a record high in early trades but profit-taking may limit the upside.

Analysts said that international gold jumped to a record high for a fifth straight trading day as the euro hit 15 month high against the US dollar while an increase in exchange traded fund holdings to an all time high helped silver to its highest in more than 3 decades. The most active gold for June delivery MAUc1 on the MCX closed 0.32% higher at INR 21,412 per 10 grams in the previous session.